Heavy chat on cancer last month so figured id go for a short and sweet post this month on the loveable tardigrades.

Tardigrades (also called moss gangsters) are tiny microscopic animals that live in a range of aquatic and non aquatic environments and are frequently found in samples of moss.

What is interesting about them is that they are nearly indestructible, here is a list of some of the things these little bastards can survive. So as you can see scientists have had some fun over the years coming up with elaborate bond villain-esk plots to kill them with limited success.I can just imagine them in the laboratory……..

“What they survived being boiled in vodka? lets try  dropping them in liquid nitrogen!”

After a few years of this game someone said:

So they did, and after 10 days in open space around 30% of the microscopic bad-assess where still alive.

So what is it about these things that makes them able to survive being boiled,frozen,nuked, poisoned , crushed, starved and thrown out into space?

One of the keys to this hardy creature’s success seems to be the presence of a cellular sugar called trehalose which preserves the membranes that form their bodies., scientists are looking at trehalose as a viable way to preserve human eggs during freezing for later fertilization. 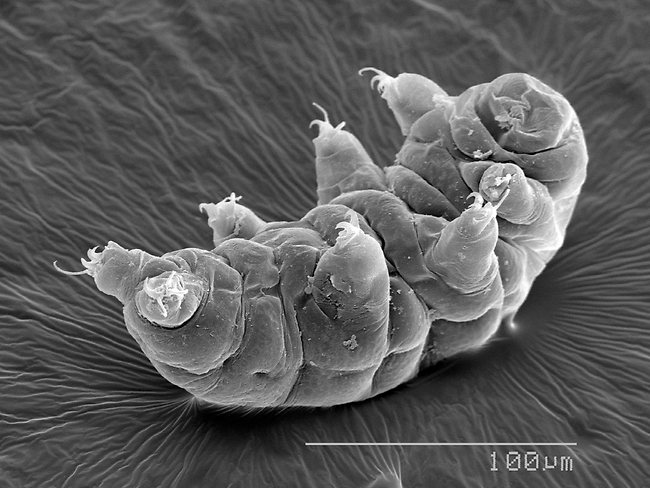 As humans we often marvel at the natural abilities of... END_OF_DOCUMENT_TOKEN_TO_BE_REPLACED

As part of my job I deliver presentations to a... END_OF_DOCUMENT_TOKEN_TO_BE_REPLACED

In march 2014 the British press and marine conversation societies... END_OF_DOCUMENT_TOKEN_TO_BE_REPLACED