We have it pretty easy here in the UK, we enjoy world class healthcare, education and  an  overall high standard of living. It is pretty unlikely that you will be mauled to death by a 300 kg super predator in the middle of the night.

Well if you live in the Sunderbands it is just one of the things you have to live with.

The Sunderbands is a mangrove forest in the south of bangladesh, the area is characterised by dense jungle and meandering waterways that the residents frequently traverse by canoe. It is also home to the largest remaining population of Bengal tigers and what is unusual about these particular animals is that they unlike other tiger populations in India are regular man eaters.

Individual man eaters have been recorded in many species, however they are normally found to have some kind of dental problem or other injury that stops them being effective at hunting their natural prey. In the Sunderbands the entire population of tigers seem to be prone to attacks on humans, they don’t even always consume their victims after an attack. In one case a tiger dragged three men one by one off a boat, (yes they can swim) killing them on the shore and leaving the bodies.

A typical canoe in the Sunderbands

It’s just not tigers that the residents have to deal with, deaths from mugger crocodiles and bull sharks are also common and to top it all off the area is also frequently ravaged by cyclones and tropical storms, killing thousands.

Here in Britain the media freaks out over a few sightings of harmless spiders.

Officially tigers kill around 250 people per year in the Sunderbands but the actual number could be much higher. Many of the attacks happen when the residents are gathering honey illegally (they use smoke to scare of the bees and the tigers attack at this time when viability is poor) and they are reluctant to report deaths as this would alert the authorities to their poaching.

The big question asked by zoologists is why does this particular population of tigers attack and kill humans so regularly? Well there are a few theory’s, but before I go through them lets look at some information about the animal we are dealing with.

I am sure you have all seen pictures on Facebook of people cuddling live tigers, this is only possible if you load them up on Ketamine and other sedative drugs, in the wild these animals are beyond ferocious. Stoned out of its box

I am going to list some facts on what is essentially a stripy fucking super weapon or SFSW for short.

They can swim at speeds up to 18 mph (Michael Phelps top speed is 4.7 mph) and are reported to sneak up on canoes in the night and drag people off them, there are even accounts of them sinking canoes by smashing holes in them with their claws.

There are cases of single tigers attacking and killing multiple lions in zoos.

Their claws are so powerful they can puncture and scale solid concrete walls.

Tigers are known to kill and eat bears, sharks and crocodiles. 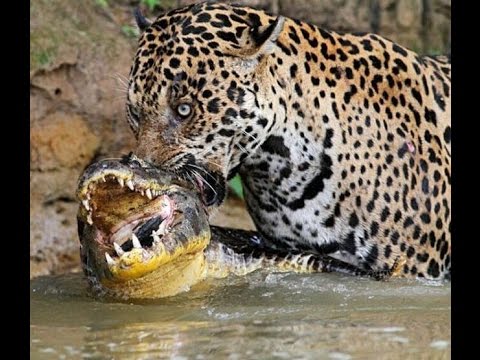 I think its fair to consider wild tigers as the most formidable animal that we share our planet with.

But as I said previously, most modern tiger populations avoid humans wherever possible, the Sunderbands is the last place on earth where they are a regular menace to the local populace. There are a few theories on why this could be.

The area is prone to cyclonic depressions resulting in tragic mass loss of life from the human populace, cyclone Sidr for example is estimated to have killed up to 10,000 people in 2007. Some experts propose that the tigers have aquired a taste for human flesh by consuming the corpses from such storms over the years.

Tigers are a semi aquatic cat (they actually have webbed feet) but all other populations inhabit fresh water areas whereas Sunderbands tigers inhabit a salt-water mangrove.The theory here is that the salt water stings and aggravates the animals butting them in a bad mood and leading them to be highly aggressive towards people.

However this was disproved after they built giant freshwater artificial lakes in the area so the tigers could bathe  but they made no impact on attack frequency.

I think this is perhaps the most credible theory, if we look at historical records it seems that tigers have always attacked people in India. This changed in the 1900s when the British lead a mass nation wide tiger  cull across India, using rifles and elephants to slaughter them on mass.

After this tigers learned to fear and avoid humans, apart from in the sunderbands where the wilderness and terrain was too inhospitable for the marauding British to penetrate. The result is that these tigers are the only ones left that do not fear humans in the same way other populations do.

Just in case you aren’t feeling sorry enough for the Sunderbands natives  I should inform you that because the tigers are endangered they are not allowed to kill the animals even if they are being attacked, here are the approved methods of dealing with a tiger attack.

The populace believe the tigers are daemons from the underworld and before they venture out into the forest they perform sacred rituals to protect them from being attacked. This does not work.

Sometimes can scare the tigers off, not great but better than praying (real guns are only legal with a special licence).

These actually worked for a while, tigers like to sneak up on people so making the back of your head look like a face discouraged the tigers to attack. But after a year they figured out the ruse and the attacks resumed. This is the most recent strategy, they train packs of dogs to bark at tigers when they come near a village which seems to deter them from entering villages.

The Sunderbands presents a unique conflict between human rights and species conservation which is very difficult to manage, on the one hand you have an impoverished human population facing a whole host of dangers and problems from their environment. There are also cultural problems to contend with – for example, widowed woman struggle to survive after a fatal attack on their spouse because they have lost their source of income and the other villagers believe them to be cursed, resulting in them being ostracised form the community.

But you also have the responsibility to protect a species that is circling the drain, wild tiger populations have dropped from 100,000 to 3,200 in the last 100 years. Urgent action is required by the global community to save these iconic animals from extinction in the wild.

Recent improvements to wildlife management strategies (such as using guard dogs) in the Sunderbands are allowing people to live along side the tigers with less conflict.

If you are on team people, donate here to tiger widows of the Sunderbands charity.

If you are on team Tiger, donate here to help fund tiger conservation programmes.

As humans we often marvel at the natural abilities of... END_OF_DOCUMENT_TOKEN_TO_BE_REPLACED

As part of my job I deliver presentations to a... END_OF_DOCUMENT_TOKEN_TO_BE_REPLACED

In march 2014 the British press and marine conversation societies... END_OF_DOCUMENT_TOKEN_TO_BE_REPLACED