While all this is true, what is often overlooked is the imperfections that arise from the process of evolution. For example, the human eye is an incredible organ as it has around  2 million working parts, can see over 7,000,000 colours and has been a fundamental part in our success as a species.

However, its method of operation is gallingly suboptimal as our retina has essentially evolved to be inside out! The nerves and blood vessels on the surface of the retina instead of behind it as in the case in many invertebrates such as bees and shrimp. This arrangement forces a number of complex adaptations and due to the way the optic nerve connects to the back of the eye we have a blind spot.

Most invertebrates have a superior eye design than mammals

A better structure for the eye would be to have the optic nerve connected to the side of the retina that does not receive the light like octopus and other cephalopods.

Creationists used to (and still do) argue that because the human eye is irreducibly complex and it couldn’t have evolved as it needs all its parts to operate and what good is half an eye?

The answer to that question is “better than no eye ”

Our eyes first formed hundreds of millions of years ago when we were not much more than a moving blob of cells and worked as a basic sensor that could detect light and has evolved into the complex and capable organ (although imperfect) that we possess today.

The eye is also used to argue against creationists and intelligent design theorists (new term for creationists) because if an all knowing and all powerful god did design our eyes, why did he fuck it up so badly?

The natural world is littered with examples like this, such as the laryngeal nerve which connects the brain to the larynx which is about 30 times longer than it needs to be –  a bit like the Hobbit movies.

This is because it is an evolutionary hangover from when we were a fish type creature and didn’t have a neck, this inefficient feature is dramatic in Giraffe’s due to their long neck and Richard Dawkins eloquently explains this in the clip below.

Despite this, it’s worth remembering that nature doesn’t tolerate gross inefficiency, if an organism is too poorly adapted it simply won’t survive. Furthermore, all the biological life in the known universe is operating under the same evolutionary process so its kind of a level playing field.

Where the playing field is not level is real intelligent design, where humans can make machines from scratch – uninhibited by adaptations that were relevant in the past. Although there is a journey of efficiency (first prototype to latest model)  we can create things that are frighteningly effective and the natural world simply cant compete.

Look at this vehicle cutting down trees with almost grotesque efficiency; The technology now exists to make this thing autonomous.

The natural world has not adapted for the type of pressure our industrialised culture can put on it, and we should remember that If nature loses, we lose.

The good news is that, although the gears are slow to turn people are starting to utilise the incredible efficiency of design to create a more sustainable format for humans to live on the planet. The worlds first off shore wind farm are currently just being installed off the coast of Scotland, and China is leading the way with forest cities. 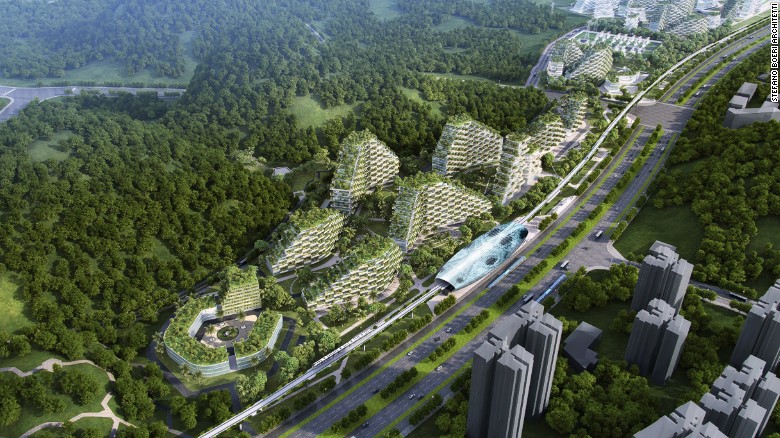 More of this is needed, but we are taking steps in the right direction.

As humans we often marvel at the natural abilities of... END_OF_DOCUMENT_TOKEN_TO_BE_REPLACED

As part of my job I deliver presentations to a... END_OF_DOCUMENT_TOKEN_TO_BE_REPLACED

In march 2014 the British press and marine conversation societies... END_OF_DOCUMENT_TOKEN_TO_BE_REPLACED