So I’m going to ruin everyone’s festive mood like a giant green Grinch bastard with an aggressive/depressing article. 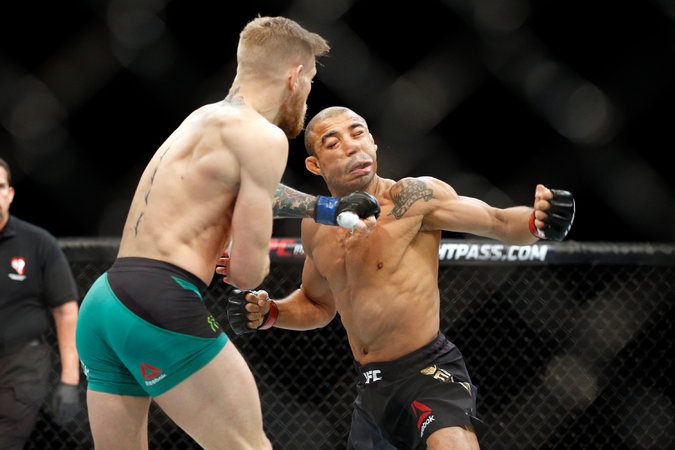 This brings me to the topic of the article, the relevance of the punch in human evolution.

A closed fist is a universal sign across all human cultures signifying aggression – no matter where in the world you are a closed fist has the same meaning to the native people. A study found that a closed fist can deliver up to four times the power of an open palm, although injuries to the person wielding the fist are common it is easy to see how the ability could help our ancestors survive a hostile physical encounter.

The idea that we evolved the ability to make fists as a direct result of hand to hand combat is referred to as ‘Fist Buttressing Theory’ and is closely associated with the idea that human beings like chimpanzees – our most common ancestor are innately violent.

This theory is supported by the apparent discovery that the skulls (particularly the jawbone) of early human ancestors evolved to be thick and therefore resistant to strikes and not for chewing nuts as was previously thought.

The human fist is not that dissimilar to a cat’s retractable claws – we can make it on demand to augment our combative ability. What is unclear is that if our ability to make firsts evolved to make us better fighters and therefore survivors, or it is simply an advantageous side effect of our hands adapting to manipulate tools.

Considering the power advantage of a closed fist and the protective adaptations of our skulls at first glance this theory seems very credible, but there are some other things to consider.

As I mentioned before, punching bear knuckle can cause severe damage to your own fist, boxers hands are wrapped, padded with foam and their opponent wears a mouth shield to try to limit this damage as much as possible and for a case in point – Connor McGregor actually broke his wrist when he knocked out Jose Also. A broken hand in the wild could easily be fatal as it would severely impede the individual’s capability to hunt and fight.

Also human fists are almost useless when fighting other animals, could you imagine fighting a bear, or a tiger with your fists?

Thought not, you would get fucked up bigtime, human fists come up short against teeth and claws.

There is another animal besides humans that can make fists and they make mike Tyson look like Justin Bieber. Gorillas are the very embodiment of strength and the list of land animals that could take a punch from one of these guys and survive is short. But humans are no where near as powerful as gorillas and our lack of strength limits the effectiveness of our punches, however even the closed fist of a gorilla comes up short to spears, rocks and clubs which would have almost certainly been employed by warring species of early humans in both fighting, hunting and defending themselves from other animals.

In short it does look like our hands have evolved for dual propose, deftly manipulating objects and making a fist to augment striking power. In my opinion though our ability manufacture and wield weapons is much more useful and has played a much larger part in our evolutionary success.

In response to the more philosophical question at play of whether human beings are innately violent it has to be accepted that humans only came out of the untamed chaos of the jungle very recently (in evolutionary terms) and if we were not violent we wouldn’t have made it out. Albeit this does not mean we are doomed to live in state of perpetual war, accepting our violent nature may be the best way to mediate it and avoid it.

A quote from Prof Carrier and Michael H Morgan from the University of Utah’s school of medicine who lead the study I referenced earlier might be the best way to finish here.

“I think we would be better off if we faced the reality that we have these strong emotions and sometimes they prime us to behave in violent ways. I think if we acknowledged that we’d be better able to prevent violence in future.”

And to lighten the mood a bit – here is a clip of an orang-utan babysitting tigers, enjoy.

As humans we often marvel at the natural abilities of... END_OF_DOCUMENT_TOKEN_TO_BE_REPLACED

As part of my job I deliver presentations to a... END_OF_DOCUMENT_TOKEN_TO_BE_REPLACED

In march 2014 the British press and marine conversation societies... END_OF_DOCUMENT_TOKEN_TO_BE_REPLACED