The internet s favourite animal seems to be cats, with owls coming a close second, these animals are cool but anteaters are way cooler.

By the end of this post I will convince you that ant eaters are the best animal on the internet.

I am going to start off by subjecting you to a series of ant eater memes. 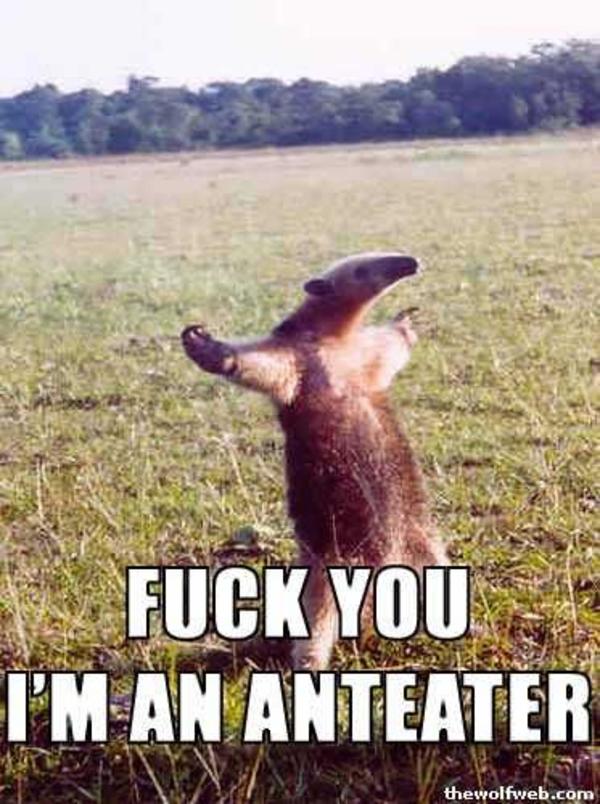 Other animals getting in on the trend. 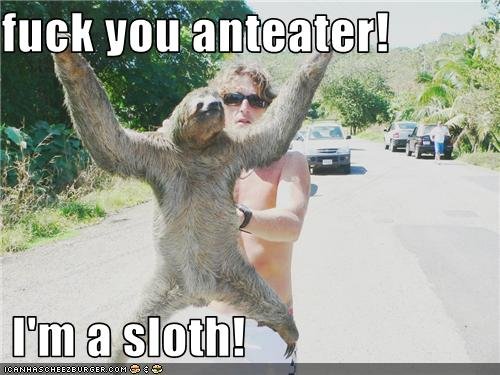 As you may of noticed a primary asset to the overall gangster quality of ant eaters is that they can stand on two legs, they do this to warn of predators.Now you might be forgiven for thinking that this strategy wouldn’t be particularly effective against something like a cougar(not Courtney Cox a 80 KG jungle cat). However you would be wrong in this assumption.

Anteaters have gigantic claws that are so big they have to walk on their knuckles (another gangster point there) and if standing on two legs doesn’t scare off the big cat they pack a mean claw assisted punch which can kill fully grown cougars.

“listen bro, if you don’t leave me alone to eat my ants in peace I am going to mess your shit right up” 2pac was also a biped.

So we have the gangster bit covered, what about the eco part?

Well as I am sure you are aware ant eaters eat ants, what you may not know is that they do it in a self regulating environmentally sustainable way.

Giant ant eaters need to consume around 35,000 insects everyday so they spend most of there time chowing down on ants like a stoner on monster munch. Ants are an ultra low calorie snack resulting in ant eaters having a very slow metabolism and the lowest core body temperature of any mammal.

So what’s so sustainable about eating ants?

Well when they stroll up to an ants nest they only eat a certain quota of them and try to only destroy the minimum amount of the mounds ant made structures as possible before moving on to another mound.

This allows the ant mound to survive because although their numbers will of been depleted the anteater left enough of them left to rebuild and repopulate their mound.Due to this the ant eater can come back and repeat the process again and again, effectively turning the ant mound into an self replenishing fuel station.

This practice is something human beings need to learn from, super trawlers are decimating fish stocks globally – its hard to think of a more directly destructive impact on the marine ecosystem. If we do not drastically reduce the amount of fish we are taking out of the water the population might not be capable of recovering.

As I am sure you are aware fishing is just one problem of many but unfortunately the environment is a low concern of the overpowering modern capitalist agenda, we should maybe put anteaters in charge to see if they can implement a more sustainable approach.

You should now be convinced that anteaters are the best animal on the internet but just in case you aren’t  I am going to Finnish with a  clip of an anteater squaring off against a kangaroo.

As humans we often marvel at the natural abilities of... END_OF_DOCUMENT_TOKEN_TO_BE_REPLACED

As part of my job I deliver presentations to a... END_OF_DOCUMENT_TOKEN_TO_BE_REPLACED

In march 2014 the British press and marine conversation societies... END_OF_DOCUMENT_TOKEN_TO_BE_REPLACED